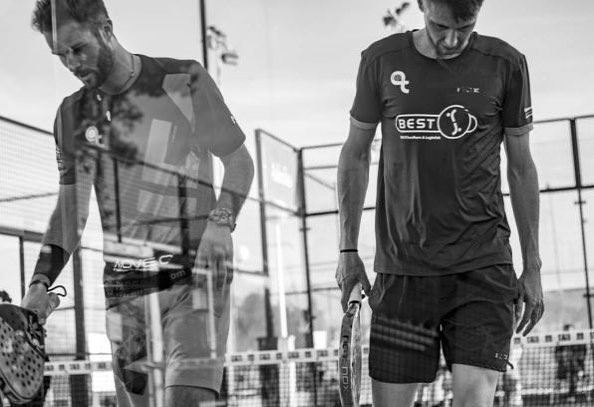 The Dutch Twin towers, Uriel Maarsen and Bram Meijer, lost 3-6 6-3 6-1 against Argentine Cristian Calneggia and Spaniard Rubén Sánchez Sánchez for the first round of the pre-qualifications round of the WPT Buenos Aires Padel Master.

Maarsen expressed his disappointment in facebook. “Leaving the pre previas of #wptbuenosairesmaster in the first round. A match to forget quickly. Sunday a new chance to turn the tide”, Uriel Maarsen.

Maarsen-Meijer have not been able to score a win at the World Padel Tour since their participation at the Paris Challenger in October 2018. There they had two consecutive wins and had access to the first round of the qualifications competition.

Despite the disappointment in loosing their last match, one that looked promising after initially getting ahead in the first set thanks to an early break, there is comfort in knowing who they were up against. Cristian “Toto” Calneggia was one of their rivals. He is a highly experienced padel player from Cordoba, Argentina. Toto is a legend of the country side padel scene. He is known for his battling spirit and tenacity. Nowadays he is seen in combat at the pre-previas as he partners with younger lower ranking players.

The Dutch duo Maarsen-Meijer will participate in the upcoming pre-qualifications round of the World Padel Tour Vigo Open, next Sunday 8/5 at 12.30. In their first match they will face young Spaniards Francisco de Rafael and Hector Fraga in what appears to be a favorable draw.

They continue to work forward towards their goal of reaching ranking top 100 at the World Padel Tour.