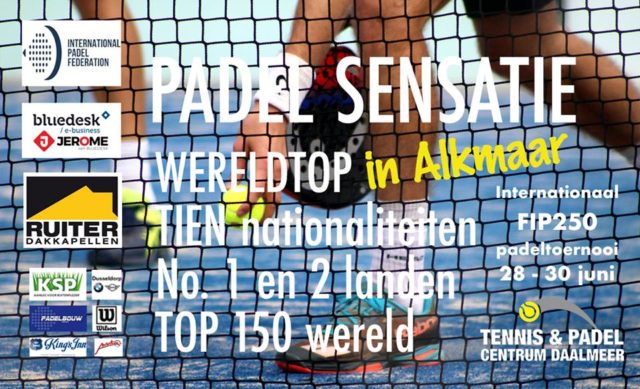 As recently announced, the International Padel Federation -IPF/FIP- and World Padel Tour -WPT- agreed on a partnership to create a unified ranking and tournament system attractive to both professional and national level amateur players. To the range of WPT Master Final, Master, Open and Challenger competitions IPF will add a lower layer of tournaments: FIP Promotion, FIP Rise and FIP Star that will be operated by National Federations.

TPC Daalmeer, located in the city or Alkmaar, in The Netherlnads, is a traditional Padel and Tennis club located in the province of Noord-Holland. The club was committed to organizing a FIP 250 tournament in 2019: the II FIP Alkmaar Open. But due to a fast agreement between the club, the Nederlandse Padelbond and IPF, this FIP tournament will convert into the new FIP Rise format. This will be the first tournament of this type in the world and it will grant points for the unified IPF-WPT Ranking.

The FIP Rise in Alkmaar takes place from from 28th to 30th of June at TPC Daalmeer, Noord-Holland, The Netherlands.