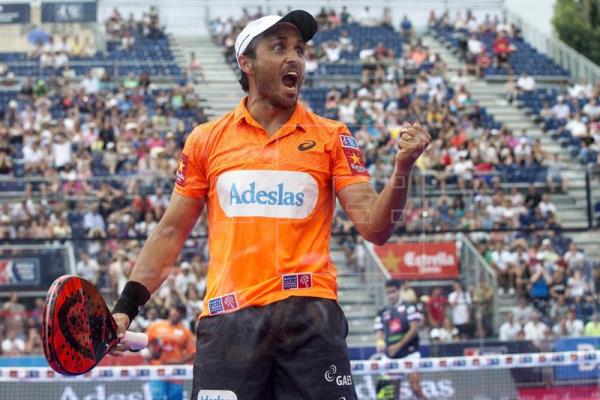 It is official. One of the biggest legends in padel is back. The highly expected announcement was made last Friday afternoon.  Fernando Belasteguín will play the world Padel Tour Master Final.

He is competing back again after four months out of the circuit. “Bela” has been recovering from a severe elbow injury since the WPT Mijas Open . His medical staff has been working hard to avoid surgery.

Pablo Lima will be standing at his side. It has been speculated that Lima would not join him and instead continue partnering with popular Paquito Navarro. Despite the rumors, loyal Lima will be there for him.

Fernando Belasteguin has been ranked no.1 for sixteen consecutive years both partnering with Juan Martin Diaz and Pablo Lima. Due to recurring injuries he dropped to ranking no.10. During the Master Final, Lima and Belasteguin will nevertheless have together enough ranking points to be seeded as team no.2.

The WPT Master Final is that last tournament of the season and it features the best sixteen players of the year.  It takes place from 13th to 16th December at Madrid Arena, Spain.