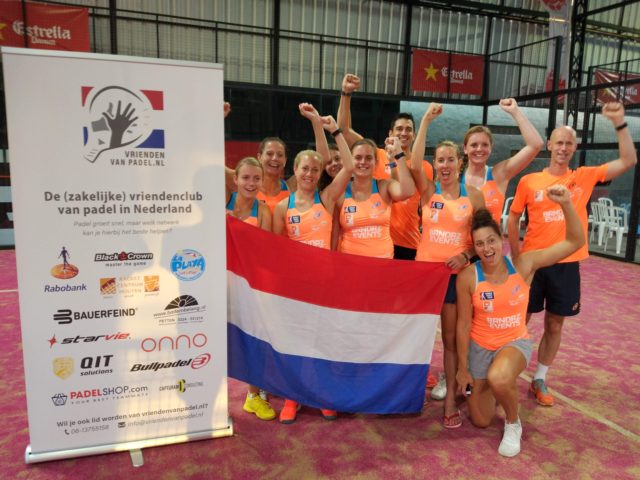 During the third day of competition for the World Padel Championship both Dutch teams were defeated by its opponents by 0-3.

The French female team was too strong for the Dutch.  The more experienced French team, including World Padel Tour player Laura Clergue, dominated the raising Dutch team.   The Dutch Ladies move forward to compete for positions 9th to 16th.  For their first match they will play Finland.

The gentlemen, falling short to Chile and Brazil

Brazil, who presented its strongest team in their history, reigned over the Dutch 3-0. Their group of players include super star Pablo Lima and other World Padel Tour participants.  Despite the high speed and high pressure of the Brazilians the Dutch performed over expectations.   During their previous presentation Chile defeated Holland 3-0.

The German team awaits for the gentlemen for the last group match up. The winner will qualify as third in the group.  The Dutch hope to defeat the Germans to avoid the strong Italian team when competing for positions 9th to 16th this afternoon.