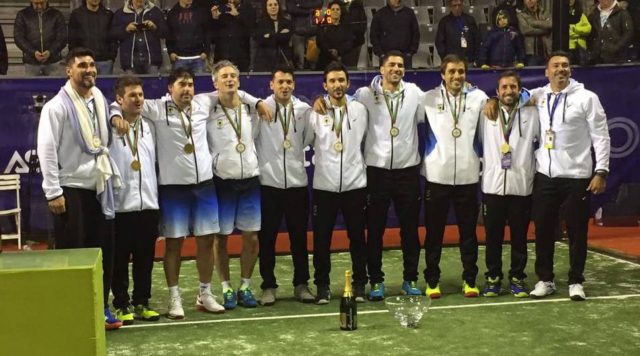 The 2016 World Padel Championship is surely one to remember with Argentina at the top in the male category and Spain confirming its superiority over the rest with the ladies. The 2016 World Padel Championship took place from 14th to 19th Nov in Cascais, Portugal. It was organized by the Portuguese Padel Federation and International Padel Federation.

Both Argentina and Spain were candidates to win the male and female categories. Without any challenges both teams cruised through the group phase defeating their opponents by a clear 3-0. For the male category, Uruguay, USA and Austria fell short to Belasteguin’s dream team; Paquito’s Spain was untouchable by Germany, Portugal or even Brazil. Similar was the case of the Argentine and Spanish ladies that defeated Sweden, France, Belgium and Mexico convincingly. 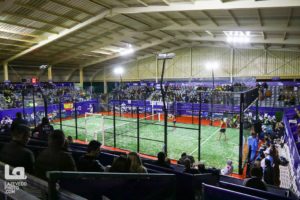 Quarterfinals – More of the Same

Moving forward from the group phase, in the male category, Argentina went on to face Italy; Spain against the UK. The Spanish ladies played Portugal whereas the Argentinians battled former top tennis player Sandrine Testud and the rest of her Italian squad. All matches finished 3-0.

All candidates got to this stage without much sweat. For the Argentine guys, that was about to change as they faced the always strong Brazil. Padel super starts Tito Allemandi and Maxi Sanchez disappointed by loosing 3-6 3-6 against the superior Julio Julianotti and ascending Lucas Cunha. Without much room for mistakes, Belasteguin-Sanyo and C.Gutierrez-Lamperti defeated their Brazilian opponents in two sets. Thus Argentina moved to the final. The Spanish gents got it a lot easier against Uruguay, defeating them 3-0. Remarkably, they lost only 2 games in the 6 sets played. With regards to the ladies, both Argentina and Spain where much stronger than Brazil and Sweden. The final stand was 3-0 in all cases. 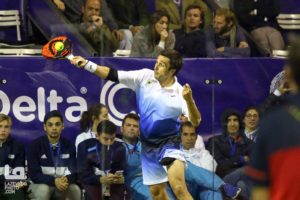 As expected, candidates reached the finals. Having a long history in Padel and intense rivalry since the creation of the International Padel Federation in 1991, both Argentina and Spain were looking for something special. For the Argentine gents, it was time to continue with its tradition of superiority. The squash led by Belasteguin had won 9 out of the 12 World Championships since 1992. The Spaniards wanted the title back in Madrid, as once before in 1998, 2008 and 2010. On the other hand, the Argentine ladies thought that it was about time to stop the Spanish winning streak. Argentina had won 8 of the previous 12 editions; Spain 4, including 2014.

All matches were of the highest level. They were of comparable skills as those to be seen at the World Padel Tour. The first match ended with a serious concerning defeat for the tango dancers as Grabiel-Scilingo were crushed by Mieres-M.Diaz by a surprising 6-0 6-1. Belasteguin, who is known for his fighting spirit, was determined to turn things around with teammate “magic” Sanyo. After trailing J.M.Diaz and Paquito and nearly facing a match and World Championship point against in the third set, the Argentines breathed a sigh of relief as the match finished 6-4 3-6 7-5. 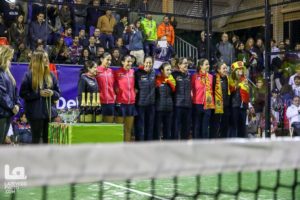 The last match saw Lamperti-C.Gutierrez defeating the young Lebron-Cepero 6-4 6-4. Padel legend Belasteguin and his crew were, once again, untouchable and celebrated by bringing the trophy to Buenos Aires.

The Spanish ladies, led by the Alayeto twins, defeated the experienced Argentinians Paula Eyheraguibel, Cecilia Reiter and co by a clear 3-0. The Southern European girls confirmed their current superiority over the Argentines. They are champions one more time.