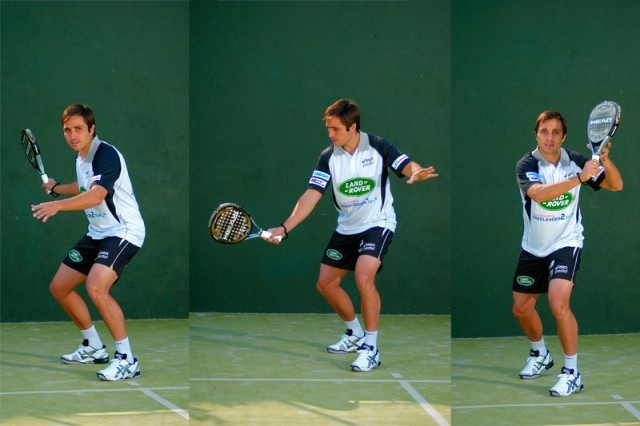 Padel is often compared to tennis with regards to its techniques. It is regularly said, by many, that if you can play tennis, you can play padel well, but is that so?

Let’s start by comparing the basic strokes: forehand and backhand.  At tennis, a long backswing and some top spin (if not a lot) are of the essence. At padel, that is not so. The backswing should be short to save time because the ball is back at your own side of the court rather quick. Further, strong deep top spin strokes are seldom used because it would make the ball bounce high after hitting the back wall, thus, plain or slice are more useful.  As for the rest, you utilize mostly the same techniques.

As for the smash, the techniques are very different. At tennis, there is one smash and one smash only. That means, hit the ball as high as possible and over your head. At padel you utilize several different sorts of smash. The power smash, the snake and tray-smash are the most common. You sometimes even see a hook-smash. The differences are big between one and the other. You pick one or the other depending on the situation.  In short, for the tray-smash, hit the ball on the side of your head (at 2 o’clock) and a bit in front of you.  Try to put some slice spin on it. That will give speed to the ball but it will not bounce high. For the snake, hit the ball much lower (at 3 o’clock), at the side of your head and “load” the racket behind your head. Hit the ball fast, wipe slash style. That will give more speed and even more slice spinning to the ball. For the power smash, hit the ball just like at tennis.

“it’s a different sport. Looks like it will be easier but it really isn’t”, Thomas Johansson, Australian Open 2002 Champion and former Top 10 ATP Tennis.

For the volley, it is nearly the same. At padel you emphasise slice thou. And for the lobb, it is totally different technique as you will hit the ball plain (no top spin as in tennis).

With regards to the service, that is also totally different of course, as at padel you serve under your waist line.

As for the rest, padel requires techniques that are specific for padel. For example, hitting the ball with a forehand (or backhand) after hitting the wall. Yes, tennis would help your learning process.

All-in-all, knowing how to play tennis would help you play better padel. About 40% off all the techniques are the same, plus, it will accelerate your learning process.