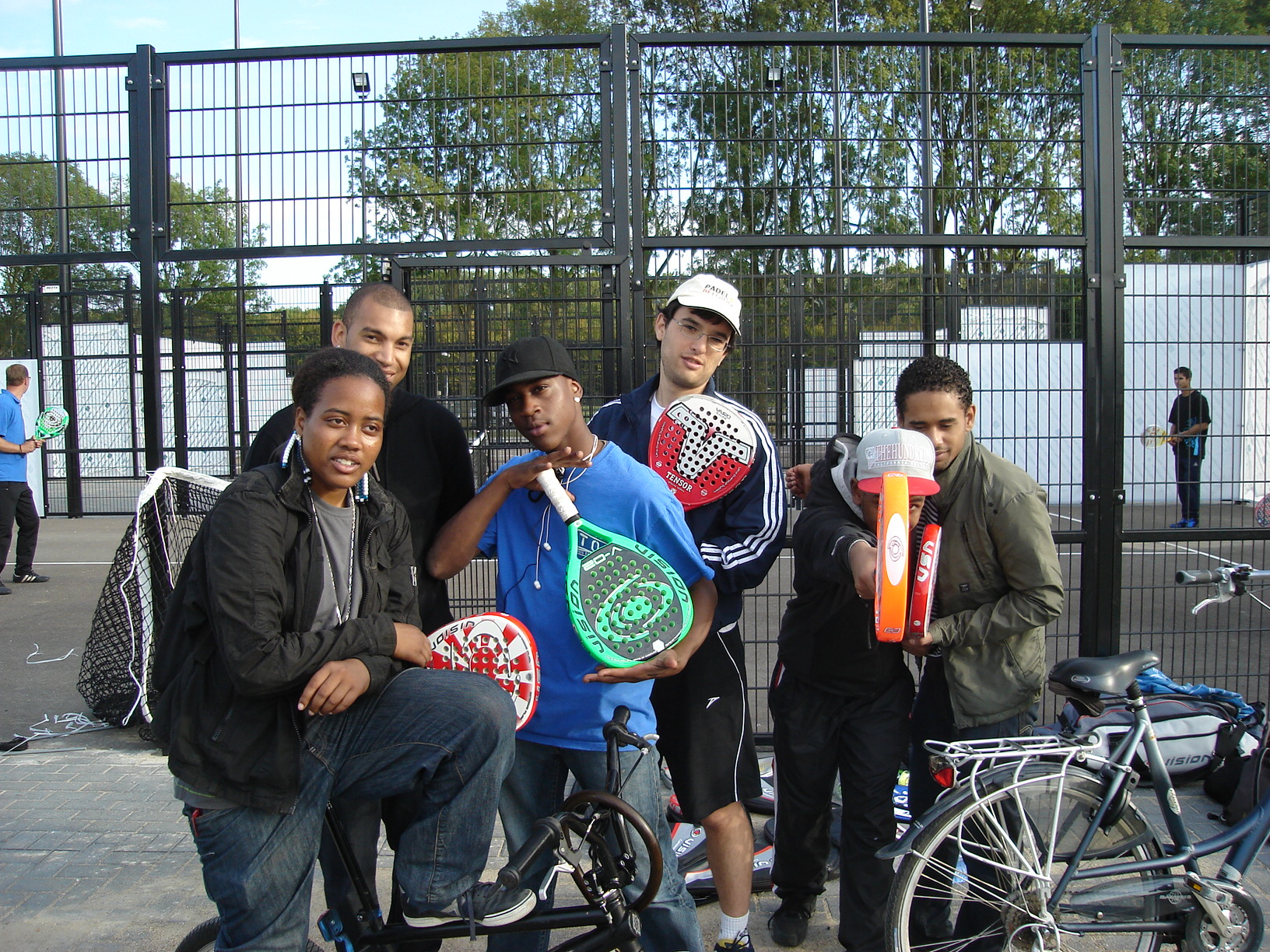 They come in confidently and enter the padel court with an attitude, cooler than anyone else around. One carrying a BMX bicycle. Most of them wearing cup-hats, baggy pants and flashy shirts. Are they rappers? Skaters? No, they came to the padel clinic!

While known as a posh sport in Southern Europe, Padel has taken an un-expected turn with the opening of two Padel courts in Rotterdam.  The two courts, that could be fairly described as Street-Padel, seem to be appealing to a broader public than anyone who knows this sport could expect.  Is padel appealing also to young street-oriented teenagers?

On September 12th, 12 young teenagers members and leaders of the Social Organization Thuis op Straat participated in an introduction clinic leaded by Norberto Nesi, at the padel courts located at ZuiderPark, Rotterdam.