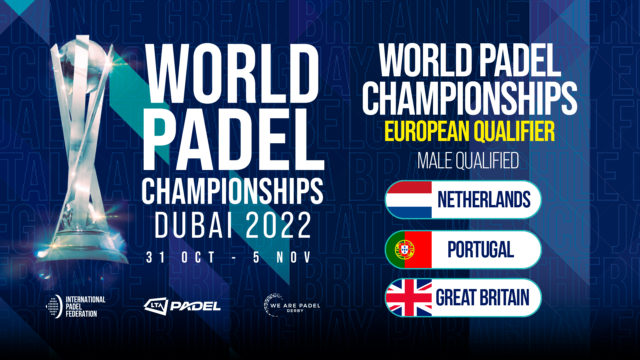 For the semi-finals of the European Qualifier for the World Padel Championship Dubai 2022, The Netherlands defeated Germany 2-0. The Netherlands received a ticket to participate in the elite tournament for nations and will join the female team, which was already prequalified as 9th finisher at the 2020 Championship.

With this result, The Netherlands sent Germany to compete for a third and last available ticket against UK. The last qualification spot was ultimately taken by UK: 2-1.  During the previous confrontation of the Dutch against Germany things went exactly the other way around. Germany sent Holland home and took the last place for Qatar.

The Dutch played well, and perhaps, even above expectations.  During the weekend the orange team won four consecutive matches for an overall total of sixteen sets won and one lost.   Bram Meijer, leading Dutch player, confirms this: “… I think we could even defeat the UK, if it came down to that. I am proud of this team.”

The 2022 World Padel Championship will take place in Dubai, from 31t Oct to 5th November.