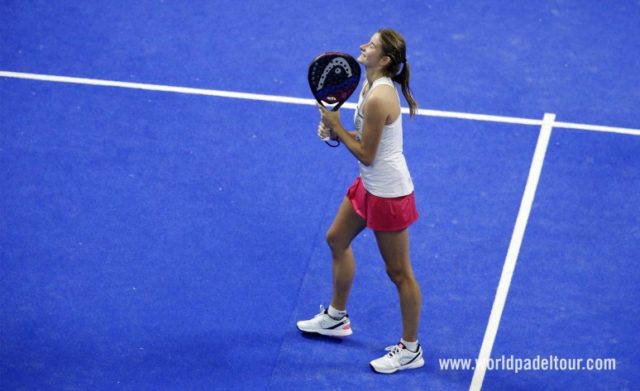 The monopoly (or oligopoly) has been broken. For years you would only see players representing two flags on the quarter finals of the professional padel circuits: Argentines and Spanish.  Later, with the rise of Pablo Lima, we saw a Brazilian.

Yesterday was a great day for the development of international Padel. For the first time, a French born padel player reached quarter final of a World Padel Tour tournament. At the Estrella de Levante Murcia Open 2018, playing for the round of 16, Alix Collombon, partnering with Sara Pujals, defeated Marta Talavan and Araceli Martin 5-7 6-2 6-2.  During the round of 32, they defeated Raquel Aguilar and Nuria Rovira 6-3 7-5.  No. 1 ranked team, the super twins Maria Jose Alayetto and Maria Pilar Alayeto, await for them at the quarterfinals.